skip to main | skip to sidebar

4.26.11-In the past week I drove up to Portland then back to Boston, and then down to Long Island and back to Boston for the holiday weekend. 36 hours later I'm docked up for the evening in Rochester, New York. I've been on the road in a truck I call the Silver Bullet, a 2007 Chevy Suburban. Gas has ranged from $3.73 in Newburyport to $4.37 on the Merritt Parkway. Everyone's going in the hole right now and there's no time to slow down, -so hold on tight. Spring is here though with intense showers, flooding, and budding trees. You need a distraction right now, my book Hundred Day Haul continues to sell and gain momentum. My journey towards mass distribution continues as an Indie Bound writer. I must gain more readers and more interest for this topical adventure. So, tonight I share with you the Millennium Phalcon, a 1999 Chevy S10. She was the highway spacehip from the lengendary Haul, surviving a near death experience in the Ocean State. Here we see her just before the 1990s are about expire in the Badlands of South Dakota. She's posing in front of my Pentax K1000 on a tripod in the distance. Gas was about $1.41 back then.
Posted by Hundreddayhaul at Tuesday, April 26, 2011 No comments: 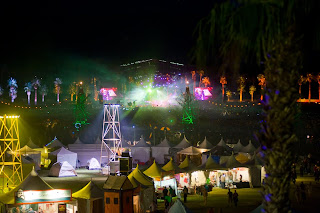 It has been some time since I have entered the blogosphere. This picture reveals the launch of Hundred Day Haul out in California. I have been hard at work ever since. As an indie bound writer, I have tried many things to sell my book. I have done festivals, book signings, publicity stunts, and hand sold my book on the road throughout New England. I have sold several hundred copies in between parenthood, and my career in sales. The key thing I continue to learn is that the more I put out there, the more I get back. I have a quality product, the challenge is getting it in the spotlight of mass distribution. I'll get there. In the meantime, stay tuned as I plan to be more active here. In the meantime, check out a review...
Posted by Hundreddayhaul at Thursday, March 24, 2011 No comments:

Book Launch at 8 was Great! 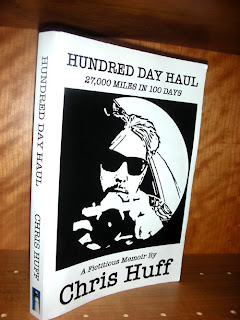 With just 62 days remaining in the decade, the book was officially launched 72 hours ago. Fitting too as our main character Patrick Finnegan was born in '72, not to mention that Phish's musical costume, Exile on Main Street was released in May of 1972. Oh yeah, and by the way 6 + 2 = 8, and the moon was full. It was the perfect time in the world for the release.
It was a fantastic weekend in which many folks from all over the country purchased this very first limited edition, known as the Octoversion. More than fifty copies are now in the hands of strangers; flying in the air, or floating on the highway back to destinations throughout the country. It was a fantastic event, and we were front and center inside the venue across from the beer garden with all the freaks. Thanks to my entire crew, and to Goldenvoice and to Phish. There were critics, reporters as well as other writers stopping by to get their hands on it. It is a solid work from X Generation. The release to the public will be later this week just in time for the holiday season. It's been ten years in the works, and now it's here. Stay Tuned.

Strangers are friends you just haven't met yet.
Thanks Again,
HUFF
Posted by Hundreddayhaul at Monday, November 02, 2009 No comments:

Vitallight 100 Day Haul
This video was cut up in the year two thousand. It was done on the original imovie software: note the cheesy transitions. The footage is from Hundred Day Haul from all over the journey. Highlights include; the crash of the Millennium Phalcon, Bourbon Street, Mt Rushmore, Golden Gate Bridge, and the final scenes of the adventure at the finish line on top of Cadillac Mountain in Acadia National Park.
Posted by Hundreddayhaul at Thursday, September 17, 2009 No comments:

YouTube - Chris Huff shows his photos on The Steve Katsos Show
Posted by Hundreddayhaul at Wednesday, September 16, 2009 No comments:

Here's an interview about the book 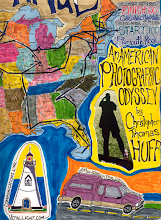 Actual route of the Haul

Hundreddayhaul
I am a storyteller, my story is Hundred Day Haul. It is the story of a man from Generation X who goes on the road for the final one hundred days of the 1990s photographing America as the century expires. The trip begins at Plymouth Rock, and then ends after driving 27,000 miles on top of Cadillac Mountain in Maine.